Just When You Thought Your Home Aquarium Was Safe… 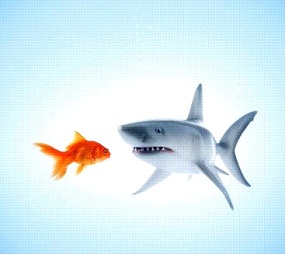 Recently, a colleague sent me an article from the September 25, 2010 WORLD magazine.  The article described an investigation of a missionary boarding school completed by an organization called GRACE (Godly Response to Abuse in the Christian Environment http://www.netgrace.org/.) The group’s findings documented years of sexual, physical, emotional, and spiritual abuse in a mission school in Africa.  The story was sobering, angering, and heart breaking.  Unfortunately, this type abuse is not isolated to a single boarding school or a single organization.  Numerous mission organizations including Wycliffe have been startled into responding to what everyone hoped couldn’t be true in our environment.  In many ways it was that hopeful thinking that allowed the abuse to happen in the first place.

Let me explain that last statement.  Undeniably, Christian organizations are prime targets for potential abusers.  Boz Tchividjian, GRACE founder and law professor at Liberty University observed that pedophiles are drawn to churches not because of the awesome worship and discipleship opportunities but because they are great places to hide and hunt.  Think about it:  If you were a serial killer, would you seek out a community of other serial killers for fellowship, support and killing opportunities?  Not hardly. You would search for a demographic of people as far away from your kind as possible.  You would seek out a population of loving, accepting and nonviolent people who have values about turning the other cheek and not retaliating when wronged.  Predators don’t hunt among other predators.  Ted Bundy committed countless murders in “safe” parks, resorts and college campuses but zero in prison.  Pedophiles work the same way.  Sadly, some of the best feeding grounds for these criminals has been in Christian contexts that were also isolated and lacked accountability.

So, how do we respond to the revelation of these abuses?  We cannot deny these crimes happened.  They did.  We cannot deny that appropriate action wasn’t taken at the time.  It wasn’t.  We cannot deny that we were naïve, gullible and easily deceived.  We were.  Some would advocate for doing away with mission boarding schools.  Since the evil took place in those vulnerable settings, simply remove the context and solve the problem.  I know that you know that isn’t the solution anymore than closing banks would end robberies.  Most missions now have fairly extensive child safety policies and protocols for dealing with this problem.  Wycliffe USA has a child safety office that is the keeper of our corporate policy.  The Wycliffe USA child safety policy clearly states the procedures for reporting and investigating specific cases.  Additionally, the office provides education and training for parents, and screening procedures for member, employee and volunteer applicants.  Wycliffe also has safety guidelines for online communities, onsite events, and organization sponsored trips and programs.

Some might wonder if we’ve gone into “over kill” mode on this issue.  I don’t think so.  A fallen world is a dangerous world.  Caution is always the best default.  Some fear that our new zero tolerance standards will result in innocent people being accused of abuse.  Certainly, that is possible.  But to date, the “witch hunt” paranoia hasn’t played out in reality.  It’s similar to the initial concerns about strict sexual harassment policies.  I have not seen that tough stance misused either.  Rather, I’ve seen our workplaces become more safe and godly.  Finally, you may wonder about the victims of past abuse.  Isn’t all this a little late for them?  Yes and no.  I believe that as mission organizations continue to honestly engage the realities of the past, we can now be there for victims in ways we weren’t then.  You can’t undo the abuses but you can create a more honorable ending to a tragic story.  The Lord warned us, “I am sending you out like sheep among wolves. Therefore be as shrewd as snakes and as innocent as doves.” (Matthew 10:16).  We need discernment to hold that tension between trust and vigilance.  1 Peter 5:8 reminds us to “be alert and of sober mind. Your enemy the devil prowls around like a roaring lion looking for someone to devour.”  It is a good warning as we wisely move about in the feeding grounds.

Heavy topic for the fortnight, huh?  Yes.  Well, go out there and have a safe one…