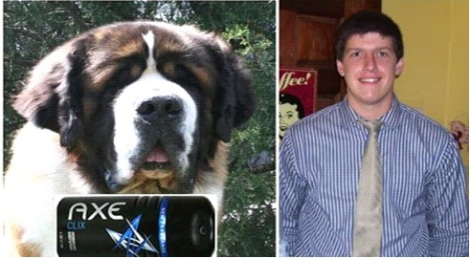 One of the really big struggles in raising my son involved facilitating change in his personal hygiene.  Just when I thought he understood the concept of “take a shower every day” I had to add more information to the command.  Apparently, he needed to know that I meant “with water.”   Then I had to add “with soap” and then “with shampoo” and then “on every square inch of your body”.  Almost daily he required a new tutorial on shower methods, shower times, shower rational, shower theory, shower law, and the theology of showering.  Admittedly,  I wondered if he would ever be able to take the steps necessary to change from a smelly adolescent boy to a relatively stench-free human being.

That brings us to today’s Mission Fortnight topic.  It’s all about change.  Undeniably, I am in the change business.  When someone walks through my office door, even though they don’t realize it, they are saying, “Tim, I need to make some changes in myself.”  Mind you, most people come in for counseling thinking more in terms of changing other people or their situation.  Typically, people want me to tell them how to make interpersonal methods that don’t work, can’t work and will never work, somehow miraculously start working.  Not surprisingly, the change process begins with people accepting that they truly can only change themselves.

I can’t emphasize how important that first step is to real and lasting change.  Dr. James O. Prochaska studied how people change a variety of self-defeating behaviors from serious addictions to simple bad habits.  His six stage model is a good description of how real change typically unfolds.  Here’s a brief summary of Prochaska’s model:

In my experience, the initial preconptemplation stage is the key to engaging the rest of the process.  According to Prochaska, preconptemplation is all about breaking through a person’s defenses.  People will give some amazing and twisted rationalizations, excuses, minimizations and justifications for attitudes and behaviors that are killing them.  Next to blaming their problems on others, various forms of denial is the defense of choice.  “It’s not that bad…I’m not hurting anyone else…it’s no big deal…I would be fine if people would just leave me alone…that never happened…no one understands…blah blah blah.”  I love the story of how Bud’s hygiene defensiveness was confronted one day after football practice.  His coach addressed his player’s collective precontemplative denial about their smell by saying,  “I notice you boys putting on a lot of that Axe Body Spray rather than taking showers.  I want you to do a little experiment for me tonight.  Apply a lot of Axe to some dog poop in your backyard and then give it an up-close sniff.  Make sure you tell me tomorrow how that worked out.”  Even though Bud understood the coach’s point, that compelling and graphic insight failed to move him beyond the precontemplation stage of change.

So, what usually gets people out of their denial and on the road to real change?  Oh, unfortunately it often takes a hard reality jolt to get us unstuck from the lies we believe.  Prochaska observed that a kind of emotional clubbing often precedes a real change of heart.  The insight that cues the emotional response may come in the form of a serious health breakdown or a spouse leaving or a lost  job.  The more entrenched the behavior, the bigger the emotional shock needed to break the denial inertia.  Relapse takes place when people return to the precontemplative defenses when the feelings of the reality check subsides.

Our best prophylaxis against precontemplative denial is living in the truth.  Jesus made it clear that knowing the truth sets us free (John 8:32).  Conversely, believing lies creates our own self-imposed prisons.  Living lies eventually steals our joy, freedom and lives.  You really can make a choice to embrace and live in the truth.  Bud eventually did change is his hygiene situation.  What was the emotional sledgehammer that brought him into reality?  Oh, I think you know.  He discovered that the consensus among young women in his peer group was not favorable to smelly guys.  All of his rationalizations and excuses and distortions of reality did not change their response to his smelliness.  He now showers two and three times per day and has a date for the prom.  Having enjoyed the benefits of change I doubt he will have any spontaneous lapses back into the precontemplation stage of hygiene development.

Now go out there and face the hard truth about fortnight:  It’s pretty darn awesome.